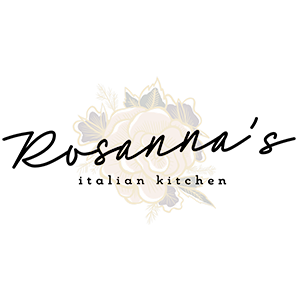 The story of 23 Dove Street begins with Albany native Samuel Bromley, born in October 1753, who became an innkeeper and land speculator. He bought and sold lots on Fox Creek in the western part of Albany and held larger tracts in Guilderland. Simeon DeWitt’s 1794 map shows Bromley owning a strip of land between Lion (Washington) and Deer (State) along Dove where 23 Dove stands. His inn and residence were at 140 Lion, according to city directories. Bromley was among the prominent Republicans who nominated Aaron Burr for governor of New York in 1804.

His daughter Helena inherited the Dove St. real estate and in 1839 she and her husband, James Gourlay, among others, sold the property to Dyer Lathrop. Two years later, Lathrop sold the land to James H. Lane.

In 1842, Lane sold the land of 23 Dove to George Jenkins, who went on to become the Superintendent of the New York State Capitol. Jenkins held the land for a couple years and sold to Basil Watson in September 1844. The next month, Basil transferred the land to his father, Stephen Watson, who built the wood frame structure at 23 Dove Street, in 1844-45.

Watson is an immigrant success story. He hailed from a small village in Essex, England and at age 32, emigrated with his wife Elizabeth and six children, ages one to 14, arriving at Castle Garden in NYC on September 4, 1823. They sailed up the Hudson to Albany where they were met by friends already here. Stephen wasn’t happy initially and went to Utica to see if that suited him better, but he returned to Albany convinced it didn’t. His first employment was “sawing,” which likely was related to the lumber industry. Stephen and Elizabeth had another child, a girl born in Albany in 1825 named Sarah.

Stephen, Elizabeth and their eldest daughter Mary Jane wrote many letters home to their family in England which are fortunately preserved in a book called, “The Emigrant’s Guide,” published in London, 1830, by William Cobbett. Elizabeth wrote, “I was never so happy as I am now. I never wish to go back to England.” Despite his early trepidation, Stephen forged ahead and found a solid position as the “Superintendent of City Vaults” which was located on Maiden Lane, the site of the Hilton Albany. The city vaults were where bodies were stored during the winter when burials weren’t possible. It appears to have been a municipal post with a reliable income. Watson was also a sexton, caretaker and maintenance person, of St. Peter’s Episcopal Church.

Stephen Watson passed away in 1856, leaving 23 Dove to his wife Elizabeth in his will. Soon after, Elizabeth transferred the house to her daughter Sarah who held on to it until January 1864. The next chapter begins with the Coley sisters in February of 1864 when the Civil War was still raging.

The Coley Sisters – The School Years

Jane, Adeline, and Julia Coley, the daughters of Amy and David Coley, grew up in a family of 10 children. David fought six months in the war of 1812, in the footsteps of his father, Joseph, who was a soldier in the American Revolution. After David died in 1836, the family moved to Albany from Duanesburg in Schenectady County sometime between 1836 and 1850. David’s profession is unclear, but it appears that the family valued education for women, a very progressive idea at the time.

In 1864, Julia and Adeline Coley purchased 23 Dove Street. Jane, born in 1818 and the eldest sister, graduated from the State Normal School (now the University at Albany) in 1846. Adeline graduated in 1850, and Julia followed in 1853. Julia and Adeline lived at 23 Dove St., but Jane had other addresses on Chestnut and State streets. The sisters, who never married, dedicated their lives to education, charitable works and supporting causes dear to them, most particularly the temperance and suffrage movements.

Their teaching careers began in the Albany city schools and they apparently excelled in their chosen careers. One 1859 article noted that “students were in good hands with Julia Coley and were making continued advancement.” The same year, Jane was described as “a lady of cultivated mind and great acquirements”….“earning the honorable distinction of being one of the indefatigable lady teachers in the city of Albany.”

After teaching in the public system for a number of years, in 1864 the Coley sisters opened a Day School for young ladies and children at 23 Dove Street with Adeline as the principal. Over time, it was also known as the Misses Coley’s School, Miss Coleys Dove Street Institute and the Dove Street Cottage Institute. According to Julie O’Connor in her Friends of Albany History blog, “The school was quite successful and became a fixture in Albany for the next 40 years or so, forming the minds of several generations of young middle and upper class Albanians who would dominate business, politics and society until the mid-20th century.”

In addition to learning mathematics, natural philosophy, rhetoric, penmanship, history, physiology, French, drawing and vocal music composition, the students and their teachers engaged in charitable endeavors. They donated boxes of sundries to the relief effort in Holland, Michigan in 1871 after a devastating fire. The Miss Coleys School also raised money to benefit the unfortunate and neglected children of the city. In 1874, a fair was held by the pupils of Miss Coleys Dove Street Institute which raised money for the Albany Orphan Asylum.

The sisters were Protestant and attended the Pearl Street Baptist Church on North Pearl Street. They also served as trustees of the Open Door Mission for destitute genteel women (often elderly teachers) and the Teacher’s Relief Society.

Julia and Adeline opened their school rooms and parlors at 23 Dove Street to several organizations, including the Women’s Suffrage Society, the Woman’s Christian Temperance Union and the Equal Rights Society. They both served in leadership roles within these organizations.

Equal rights advocates held a Women’s Suffrage Society convention in Albany in 1854. Susan B. Anthony and Elizabeth Cady Stanton were among the notable women present. Senate and Assembly committees each gave them a hearing and the advocates presented 6,000 names of right to vote petitioners. The editorials of the Albany newspapers were, in nearly every instance, furious in their attacks upon the women suffragists. The Coley sisters, young teachers in their 20s, must have been influenced by these vocal, powerful women in their city.

For several years in the 1880s and 1890s, Adeline Coley was the treasurer of the Women’s Suffrage Society. Another officer in the society at that time was Kate Stoneman of 134 S. Swan Street, a teacher and the first woman to pass the New York State Bar exam in 1885. However, her application for admission to the bar was rejected on the basis of her gender. With the help of suffragists and friends like the Coley sisters, a bill was introduced which would allow all qualified applicants, regardless of race or gender, admission to the bar. The legislation passed only nine days after Stoneman’s initial rejection. Twelve years after her admission to the bar, Stoneman, at age 55, went on to study law formally at Albany Law School.

The Coley sisters and Stoneman’s bond went back to 1880 when the NYS Legislature passed a law allowing women to vote – but only in some school related elections. Kate Stoneman, Adeline Coley, and Jane Coley were three of the 25 women who were the first to vote under the new law. They had lined up long before the polls opened.

As early as 1884, the meetings of the Women’s Suffrage Society were held at 23 Dove Street. At one meeting, women from Boston reported on work being done there – including the legislative work needed.

Adeline Coley, speaking at an Albany Women’s Suffrage Society meeting in 1885 gave “a review of the advances made in Europe during the last few years.” She reported that “this movement had been coincident with greater social freedoms, amended laws affecting the property of married women and the demand for political equity between the sexes.”

In 1893, Adeline was a delegate to the NYS convention of prohibitionists. Over the years, many meetings of the Women’s Christian Temperance Movement were held at 23 Dove Street.

Julia and Adeline fought for women’s rights and the temperance movement well into the 20th Century. Meetings continued at 23 Dove Street and in 1903, it was described as the Political Equality Club’s headquarters, as they planned a women suffrage rally. In 1914, the Women’s Suffrage Society met at 23 Dove and discussed the “monopoly of educational control by men of the state.”

Many advancements were occurring during the lives of the Coley women. The 1880 right to vote in some New York State school elections was the start of a sea-change for this long-fought battle. On November 6, 1917, women won the right to vote in general elections in New York State, nearly seventy years after the 1848 Seneca Falls women’s rights convention which launched the suffrage movement. Finally, in 1920, the 19th Amendment to the U.S. Constitution was ratified, guaranteeing all women the right to vote, thus ending almost a century of protest.

Jane and Adeline Coley and their mother Amy didn’t live to see the sweeping suffrage legislation of 1917 and 1920. Jane and Amy died in 1882 and Adeline in 1916. Julia, however, lived until 1925 when she passed away at the age of 96. Kate Stoneman died the same year. Both had witnessed the fruits of their years of fighting for women’s freedoms. How satisfying that must have been for them!

Julia Coley sold 23 Dove St. for $1 to her great-nephew, William Taylor on December 29, 1923, but stipulated that she “reserves to herself the right of her comfortable maintenance” within the premises during her natural life. She also included that the property could not be sold without her consent, and that the Taylors shall “quietly enjoy the said premises.” In 1931, a few years after Julia’s death, Taylor and his wife Dorothy opened the Ye Olde Coley Cottage restaurant in the former school.

At the opening of the new restaurant the Taylors were to give the patrons “the most tantalizing and appetizing dishes at the command of modern cookery.” In 1932, the Ye Olde Coley Cottage restaurant was described as “a place where the sublime combinations of historical tradition, pleasant atmosphere, and the best foods can be obtained at reasonable prices.” The restaurant closed in 1933 after two years in business.

Rutland, Vermont natives Charles and Margaret Pepeski opened the Princess Pat Tea Room in 1933, most likely renting the space until they purchased the building in 1935. It is unclear where the name came from since it doesn’t seem to have local significance. Rochester and New Rochelle also had Princess Pat Tea Rooms, but they weren’t related to the Albany tea room. “Princess Pat” was a popular 1917 Canadian Girl Scout song that was connected to the Princess Pat Light Infantry, named after Princess Patricia of Connaught, the granddaughter of Queen Victoria whose popularity continued into the 1930s. It is not known if this is the connection to the naming of the three restaurants.

The Albany Princess Pat Tea Room operated until the 1970s. “Many of its customers were single women who lived in the neighborhood. It was a step up from a lunch counter/soda fountain for working women and the term “tea room” signaled it was a “safe space” for women,” wrote Julie O’Connor, who had visited the Tea Room as a child. Princess Pat’s also served as a meeting place for community groups such as the DAR and Junior League.

Felix and Rosanna Bongiorno purchased 23 Dove Street in 1978 and opened Bongiorno’s Restaurant. This neighborhood Italian restaurant had a loyal following and welcomed groups to its upstairs meeting room. It remained at 23 Dove for over 40 years.

In 2019, the Bongiornos sold 23 Dove Street to Brianne Baggetta and Tim Dillon who restored and renovated the building and named her their restaurant Rosanna’s as a tribute to Rosanna Bongiorno, the chef/owner for decades. Baggetta, a homeowner on Dove Street, is also the owner of Dove + Deer at 32 Dove St. along with partners Tim Dillon and Jessica Arnold.